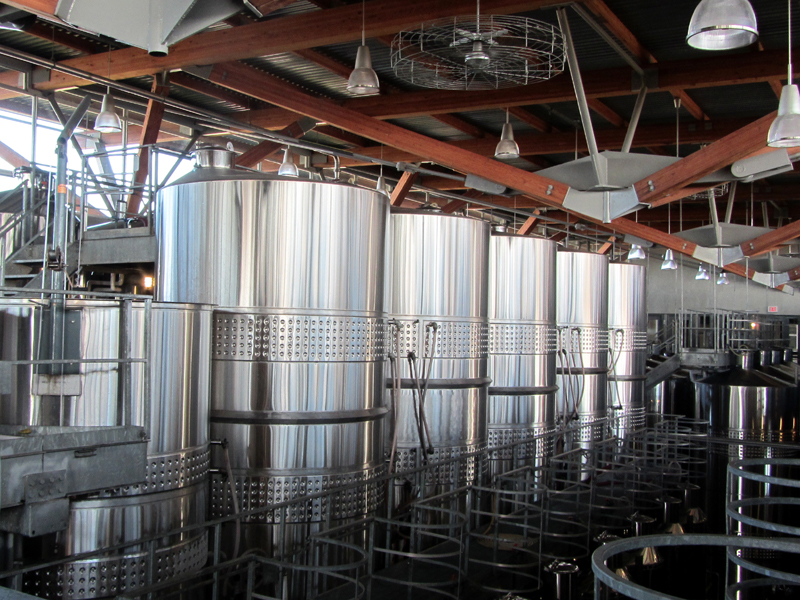 Imagine a steel vat filled with healthy, organic yeast creating THC, CBDs and other cannabinoids as their waste byproduct, which is harvested for both medical and recreational use.

This is now, not the future. Cannabis entrepreneurs have suddenly been flooded with tons of investment money and are using scientific research to find new ways of increasing production yields, improving quality, and to continue providing cannabis-based products to the ever-expanding marketplace.

The push is on to satisfy the millions of users in newly legal states in the USA, and around the world. In recent years the use of CBDs for medical reasons has launched a whole industry.

Growing enough plants that pass the rigid testing requirements of being pesticide and mold free is a huge hurdle to jump through for outdoor growers. The alternative is creating miles and miles of greenhouses using vast amounts of water, or grow indoors which uses an amazing amount of energy.

In the past these indoor and outdoor grows were enough to supply the traditional smokers of cannabis flowers, but now 40% of the market is made of products from cannabis extracts, either in edible foods, topical lotions and extracts, or inhaled somehow by vaping, dabbing etc.

Cannabidiol (CBD) is a naturally occurring cannabinoid constituent of cannabis. It was discovered in 1940 and initially thought not to be useful. It is one of at least 113 cannabinoids identified in hemp plants, accounting for up to 40% of the plant’s extract.
Cannabidiol (CBD), Tetrahydrocannabinol (THC) and the other cannabinoids can be taken into the body in multiple different ways, including by inhalation of cannabis smoke or vapor, as an aerosol spray into the cheek, and by mouth. It may be supplied as an oil containing only CBD as the active ingredient (no added THC or terpenes), a full-plant CBD-dominant hemp extract oil, capsules, dried cannabis, or as a prescription liquid solution.
~Wikipedia

In San Diego, California, Jason Poulos and Anthony Farina have developed a yeast-based cannabinoid, and they have formed a company named Librede.

In July, 2017, Librede was issued a patent for the production of cannabinoids in microorganisms; Production of Cannabinoids in Yeast #9,822,384. Beginning in 2013, they were awarded a grant from the NIH to research how to improve cannabidiol production in genetically engineered yeast grown in vats.

CB Therapeutics is another San Diego based outfit which has since been absorbed by another group called EvoNexus. On their site they talk about their process:

CB Therapeutics has developed patent-pending technology for the biosynthesis of cannabinoids and other therapeutic molecules found in cannabis. Traditional cannabinoid production using plants leads to high costs, lower purity and quality, and the added health issues due to contaminants such as pesticides and heavy metals. Using our process, the cost of production is lowered to about 1/10th of current production costs, while production time is cut down to less than one week (compared to 3-4 months). Lastly, our platform gives us the ability to produce any of the 105 or more cannabinoids in cannabis, most which are too rare for commercial production.

And over in Maryland, long-established bioengineering firm Intrexon has announced they too have jumped on the bandwagon to corner a piece of this new multi-billion dollar industry.

Through Intrexon’s proprietary technologies, the Company has engineered a yeast strain to produce low-cost, robust and consistent cannabinoid outputs via fermentation. This process utilizing microbes has potential to provide greater supply-chain security, and avoids the resource-intensive isolation that often leads to quality and quantity variability in end products.

The pharmaceutical industry has been using this technology to create artificial versions of opiates without growing the plants. Resulting in purity control and a huge reduction in costs, waste, and time.

So as they say, the cat is out of the bag, and science has provided a way to meet the demand of the this ever-growing marketplace. 31 states in the US have now legalized cannabis for medical use in some way. Additionally Alaska, California, Colorado, Maine, Massachusetts, Nevada, Oregon, Vermont, and Washington have made cannabis legal for recreational and medical use.