Thailand to Give Away One Million Cannabis Plants!

The Government of Thailand has announced that it will give away one million cannabis plants after marijuana legalization takes effect on June 9, 2022.  Medical cannabis was approved in Thailand in 2018.

To take advantage of the emerging cannabis industry in Asia, Thailand will allow citizens to grow plants in their own homes.  In fact, they have created a new app, called Plook Ganja, where they expect residents to register their grows with the authorities, allowing cannabiz companies to purchase marijuana directly from growers, while keeping track of the whole business.

Way back in the daze of the Vietnam War, Thailand was the source of the legendary Thai Stick, pictured below. American soldiers brought back duffel bags full of Thai Sticks, much to the delight of many.  At the time there was nothing to compare with the incredible high these colorful buds offered.  In recent times these sticks were nowhere to be found in Thailand, only far inferior weed from Cambodia due to heavy government crackdowns. 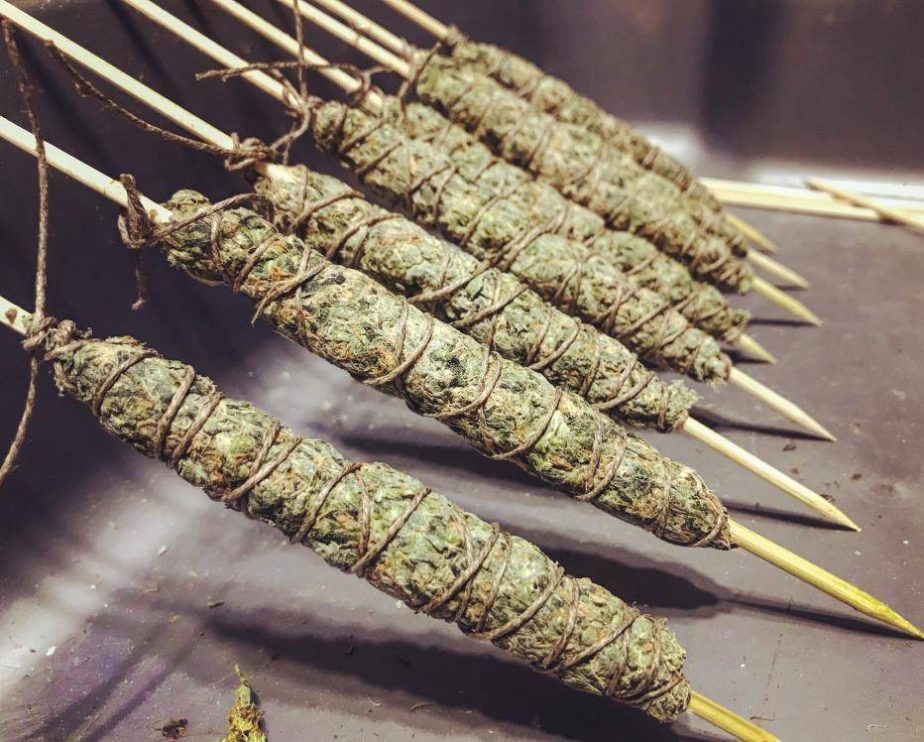 Classic Thai Sticks from the 1970s

The revival of Thailands cannabis industry sounds great, however there is a catch.  Thais can grow it, but they can’t smoke it!

Even though the Thai government has delisted cannabis as a narcotic, it is still illegal to smoke or create marijuana extracts that exceed 0.2% THC. The idea is that people can only grow it for medical reasons, and use it edibles, or grow it as a cash crop.  They will allow the import of hemp and cannabis seeds in addition to giving away a million plants.

So if you visit Thailand, you probably won’t find the legendary Thai Sticks around, but keep your eye out for green cookies!