Thousands of Californians and visitors waited in line this morning to purchase their first legal recreational marijuana in the state.

Thanks to Proposition 64, as of January 1st, 2018, California’s cannabis legalization is now a fact!

One of the largest purveyors of cannabis in California, Harborside in Oakland opened at 6am and was soon packed to capacity.  Operating as a medical marijuana dispensary for many years, Harborside, along with many other medical dispensaries, have chosen to sell recreational marijuana as well now.  The only difference besides needing a medical recommendation for medical cannabis (yes, prop 215 is still in effect), is the price.  Medical cannabis is not taxed as high as recreational, which adds 15% to the retail cost as well as taxes at the wholesale level.

With legalization comes strict regulation.  While the state law is broad, it allows municipalities to regulate their local cannabis scene.  Thus many counties and cities have banned cannabis businesses altogether.

So it’s not available everywhere, nor can you spark a fatty anywhere.

You cannot get high and drive.

To purchase cannabis you must be 21, but don’t need to be a California resident. 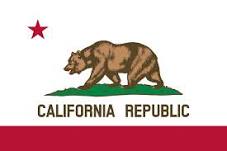 To grow, transport, distribute, sell, or process cannabis in California, you must get a local permit and a state license.  The requirements and restrictions for each type of business are very detailed.  More info about California’s Cannabis legalization here.

Two big issues that were tackled by Proposition 64, were the quality of marijuana and dosage for edibles.  All marijuana sold in dispensaries must now be tested for any unwanted/unhealthy residues like mold, pesticides and other excess chemicals or toxins, as well as levels of THC, and CBD.  Strict packaging rules cover bulk cannabis and edibles, with a .10 gram THC limit per dose for edibles.

In recent months the price of cannabis in California has dropped dramatically, at least on the wholesale level.   Given all the testing and added taxes required by legalization, it remains to be seen if industrial scale grows can bring the price down for consumers. Retail prices have not seen a big drop yet.

The intent of the new law is to keep cannabis cheap enough, so that people don’t resort to the black market.  Colorado claims to have removed the outlaw gangs that used to bring tons of marijuana to the state, thanks to legalization there.  The black market there just disappeared.

It’s estimated that California will sell billions of dollars of cannabis each year, generating at least a billion in new tax revenue.  Millions will be directed to California colleges and universities, the office of Business Development, and the California Highway Patrol, who no doubt will have more to do, testing drivers for marijuana “intoxication”.

So what are you waiting for?  Time to light that fatty!