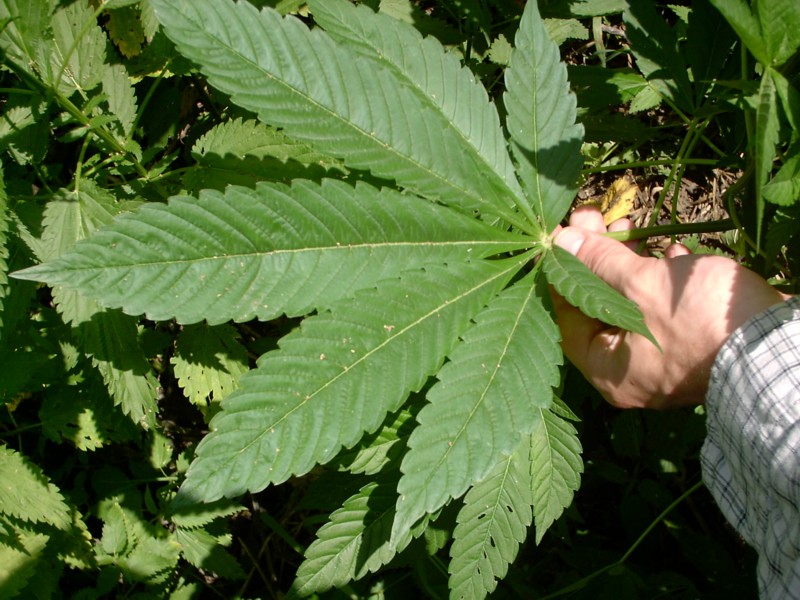 Recently old-timer OG Bub came back to the Cannagraphic. Not that he’s old, but he has been creating beans for a long time, and has been a vendor at SeedBay and SeedBoutique since 2005 when ICMag was just taking off.

The Hill Temple Collective was quite a team for years, and is now reviving their old strains and bringing some new delights to you. If you love interesting Indica dominant strains with just that wonderful touch of Sativa, then you should check out what OGBub has to offer. 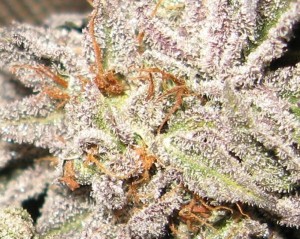 Q – How long have you been working on your projects?

A – I started growing cannabis at least 20 years ago. After a few years I decided that I wanted to preserve some of the plants I was growing. These were strains I received from my father when I talked to him about my interest in growing. Paki, Skunk, Jamaican Spear, Brazilian Sunshine, Nepal Hash Plant, Afghan, and several others. These were all inbred lines. I started my first inbreeding with the original stock I’d received in ’97, so I began projects with some of these lines in 2000 and 2001. I started some hybridization about the same time. I’d spent a lot of effort researching basic genetics from various writers, and other cannabis breeders, as my interest and dedication grew. At this time I was asked to share my experiences with the Canadian Medical Marijuana Association in their growers/breeders forums. I also volunteered on other sites dedicated to medical cannabis.

I moved to Colorado in 2004, became a caregiver cardholder and continued my work. During this time I bred several hybrids, all were great in their own respect, but I’m extremely particular so only a few became projects I actually released. Jamaican Jam, Powerhouse, Sunshine#2, North#1 were the most popular. Personally, Powerhouse was my overall favorite among the hybrids, it was Deep Chunk from Tom Hill hit with an original Cinderella ’99 father. Since then I’ve continued to preserve the IBL lines that have been gifted to me and hybridized among them and other lines that I’ve introduced to the garden. 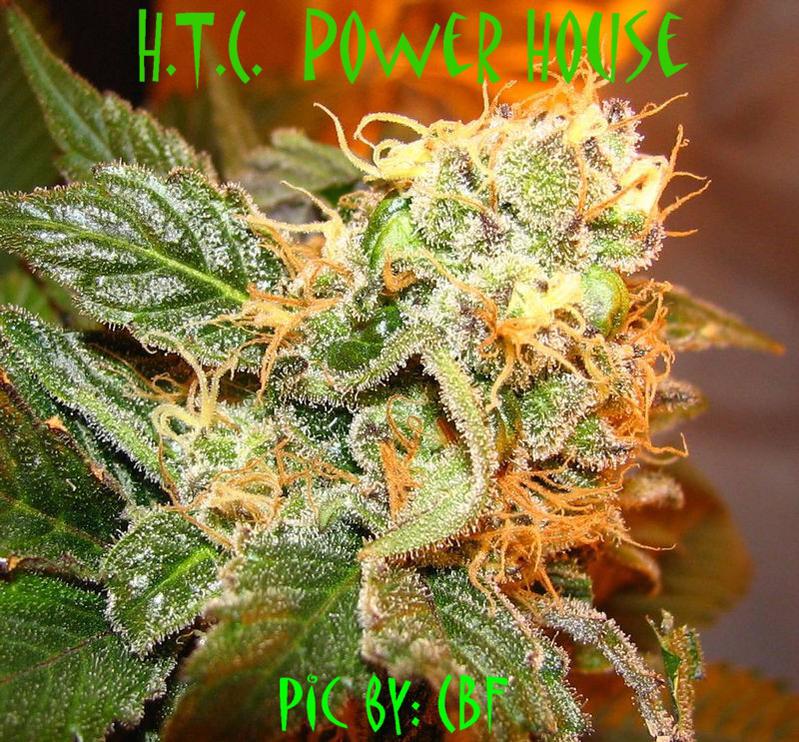 Q – What inspires you to work with the cannabis plant and increase its potency and appeal?

A – My inspiration comes in several forms. One of the most satisfying things has always been seeing people all over the world growing the seeds I’ve made. When someone can use one of the plants as their medicine, this is also a great feeling. Most breeders put a lot of effort and time into their work, when people appreciate that and make use of your efforts, it makes me proud to breed cannabis.

When working with IBL’s, my focus is always preservation of the plants as they are. Hybrids are where I attempt to create variations of the parent plants, and hopefully increase the desired traits set in my goals for that hybrid. As we know, this requires selection, testing and time. 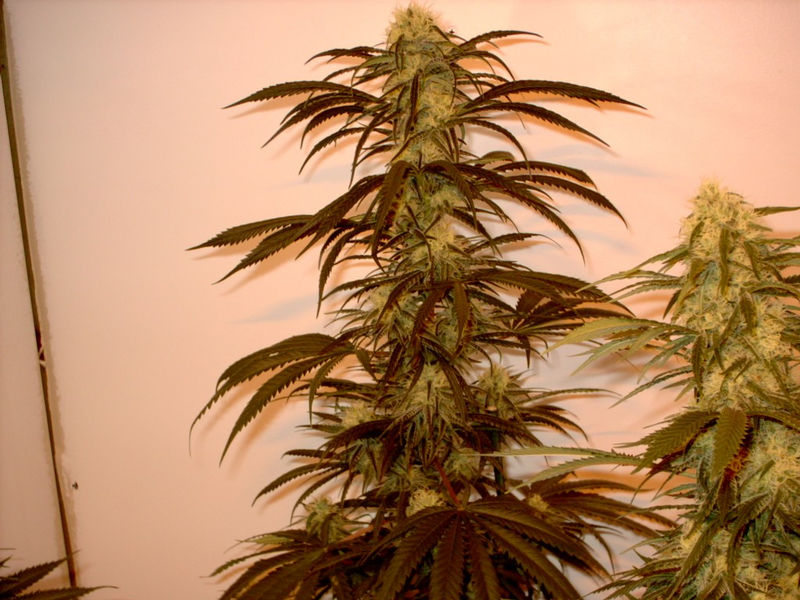 Q – What types of things do you like to create, sativa or indica dominants?

A – The majority of my experience has been with Indica and Indica dominant varieties. I do enjoy Sativas and occasionally run Sativa projects and grows. However, my season here limits my ability to run longer flowing plants outdoors. I feel it is crucial to test lines indoors and out, this is why most of my work is with Indica/dominant, overall. There’s a lot of diversity among Indica lines when you actually observe all the traits, and with all the varieties available today there is a lot to choose from! 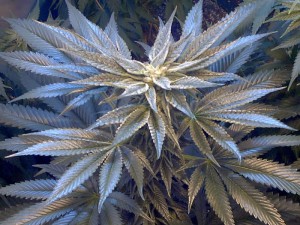 Q – Do you consider yourself a medical grower with medical needs in mind, or for recreational or spiritual use?

A – I have grown for all purposes. I started out for my own recreational use, but when my focus expanded to the medicinal application, I was solely intent on that aspect of Cannabis. Over time I’ve realized that all aspects of consumption, including spiritual, still fall back on the same genetics that are available to everyone. An Afghan could be used by anyone for anything they choose to use it for, as could a Haze plant, or any hybrid. Medical Marijuana is only medical Marijuana when it is used as a medicine. So my focus now with Hill Temple Collective, is quality and consistency. Ive got nothing against variety. But there are so many hybrids and poly hybrids created from other hybrids and clones only, who’s actual lineage is unknown, that any factual representation from the seed maker is nearly impossible. I feel like this will eventually create a very muddy gene pool, if it hasn’t all ready. So HTC will focus mostly on IBL’s, with a select few hybrids created from IBL’s. Hopefully consumers of every aspect, as well as breeders, will continue to find my work rewarding. 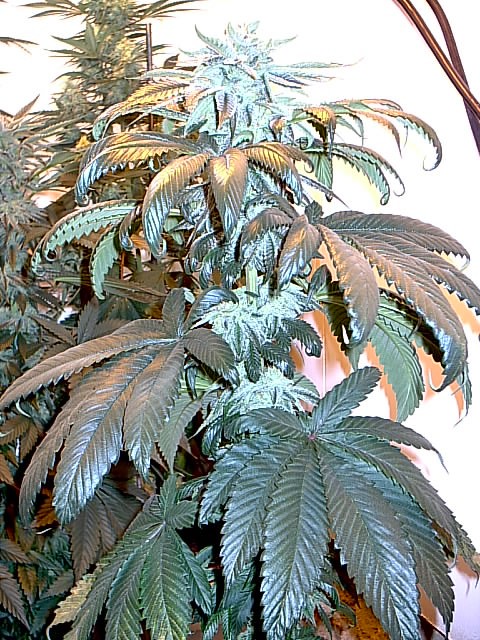 Q – Do you work outdoors or indoors, or a combination of both?

A – Both. There is nothing like a good outdoor grow! I feel like the plants are at their prime in they’re natural environment, natural stresses and simulations, the sunlight, temp variance, soil, rain.. even the fuggin pests, all contribute in their own way. I want my hands in the dirt. Some of my best memories growing are with a wire clipper, coathangers, and twine all strung over my belt in 40mph wind and rain, trying to keep the big girls together. I used to get to the house at the end of the day from carrying 5 gal buckets to 70+ plants, swollen from mosquito bites and itch weed, but I felt like I accomplished something!  Once, I had a couple real big Powerhouse girls out late for this region. I actually shook snow off them one morning. One harvested 3lbs 9 oz dry, of some of the best I’ve ever smoked!

I love indoors for the ability to streamline the conditions. Indoors I’ve always enjoyed the aesthetics, and it makes some things much easier. Each has its perks, but both can be unforgiving as well. I run everything I breed indoors and out, so I have a more complete understanding of the plants.

But I run most everything indoors first. If I’m trying new lines I always get a feel for bloom-time, feeding requirements etc in the rooms. If it harvests and smokes well, I’ll shelf it for a run in the next outdoor season.

Indoors are mandatory for me in terms of keeping parent plants, pollination etc, so I’m always running under lights. But mannn, I love the outdoors! 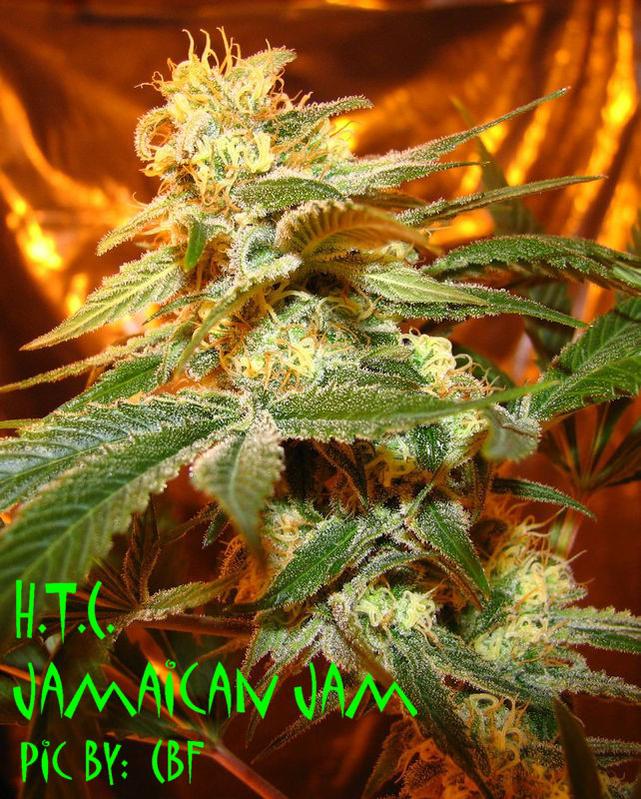 Q – Who have you learned from in regards to growing and breeding?

A – I give the greatest thanks to my father, who provided me the great genetics I had the privilege to begin with, that have now been shared around the world.

I have learned so much from breeders like Tom Hill, who was so generous to me with his gear that he spent so many years working with. I’ve learned a lot from Chimera, Sam, Wallyduck, the old bluegrass seeds crew, Tallpines… my good friends cbf, clozitgrowin, esbe and ash; awesome growers like money mike, pipeline, ps420, time2unite, subrob, nycdfan042. The list is way too long to print here, everyone who has ever contributed and shared, I’ve learned from, and I’m thankful for that!

Many of us remember when OG went down, back before Seedboutique and Seedbay, Gypsy made us all a nice home at ICmag. Gypsy created a great platform for us all to grow as a community, so I give the greatest respect to the big dog for that! Skip, Oldpink, Payaso, and all the mods and admin over the years have been great examples of how to manage communication in the community. I’ve learned too much from too many over the years, I could write a book on just that topic. But we can never know it all, so I’ll continue learning! 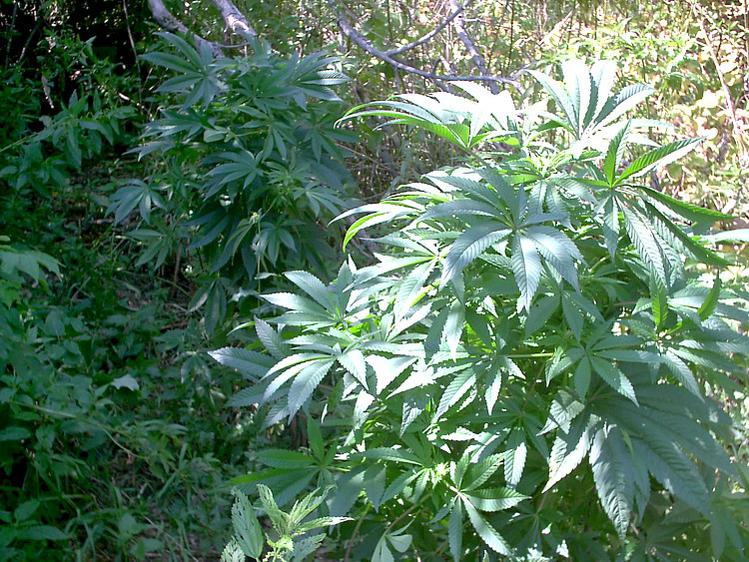 Q – What are your favorite strains?

A – Shamelessly I will say, many of my own Hill Temple Collective lines are my favorite, otherwise why would I breed them?! But there are so many good strains I enjoy, I’ve grown hundreds. Aside from my early criticism of the “kush” cuts, sfv and pre98og were great, cbf’s work with strawberry cough and jacks cleaner was great. Blockhead was great, Cinderella 99, Deep Chunk, SweetTooth#3 was fun. I remember Gypsy did a run of c99 in ’03 that was as good as the original! Blue Kiev and Kasparov of Bluegrass Seeds, were early favorites of mine that I was gifted from a friend. There are so many worth mentioning, but my all-time favorite smokes are Powerhouse, Paki, Sunshine, Nepalese Hash Plant, Afghan, Jamaican Jam, Skunk, all from HTC. Blockhead was great, and I’ve thought of using the last few of the seeds I have to knock up a SFV or pre98og kush.. maybe some back crossing projects in the future that way.
I love cannabis, and each line is unique for the most part. I’m always open to trying something new, but I also know what few specific lines have stood out to me for many years over hundreds of lines.

Q – What do you see in the future for HTC?

A – I learned about 5 years ago, standing in front of a federal judge who had just sentenced me to several years in prison, that you never know what tomorrow brings. But I do know that as long as I am physically able to, I will be growing and breeding cannabis. I do have goals in mind, some of them include reviving some of the older HTC lines, preparation to open a storefront in anticipation of changing Marijuana laws, and and I’d like to work on a book as well in the near future.

For now though, I am staying focused on my children, and picking up the pieces of life that were scattered during my recent absence. I’m just like anyone else with a lot on their plate, but I also look forward to every day I’m gifted no matter what the challenges are.