New Tax on Medical Marijuana in California to be 15% 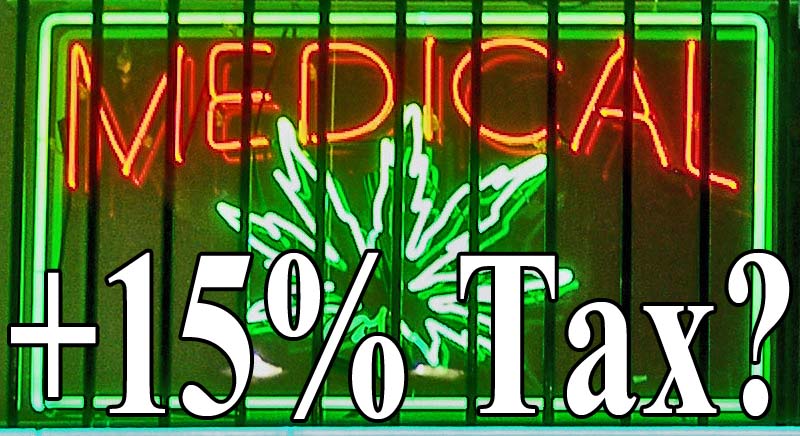 In the news from California, State Senator Mike McGuire announced he wants to tax Medical Marijuana at a rate of 15%, adding further hardship to already over-charged and under-served patients.

We made a commitment last year as we were working through the huge undertaking of setting statewide regulations for medical marijuana that we would follow up on a statewide excise tax,” McGuire said. “This needed revenue will make our communities stronger by focusing on the impacts of cultivation and use of marijuana, including funding local law enforcement and neighborhood improvement programs, state parks, drug and alcohol treatment and environmental rehabilitation.

Apparently the State of California has its eyes on the industry, and the potential of raking in millions of dollars from sick people.

They estimate sales next year of well over $1 billion in California, and with all the confusing new rules and regulations, they plan to cash in to the tune of over a $100 million the first year alone.

To read more about the horrors of what they plan to do with this money (law enforcement and regulating the industry) click here: