I have just heard the sad news that Howard Marks has passed on, and he will be sorely missed by many, including myself.

Throughout his 70 years, Howard led a very interesting life as a scholar, smuggler, writer, performer and consummate cannabis lover.

Our most grievous condolences go to Howard’s family and friends at this difficult time.

Howard was a counter-culture anti-hero, who touched the hearts and minds of many, throughout his illustrious career as a student/dope smuggler, prisoner, author, lecturer and consummate cannabis enthusiast.

Whatever ‘crimes’ he might have been accused of in his life, and jailed for, just made him stronger, strong enough to write his first book ‘Mr Nice,’ which sold over a million copies. Howard then embarked upon lecture tours throughout Europe as he became a celebrity.

He was a unique and interesting man, who I had the pleasure of meeting and hanging out with quite a few years ago, and listening to his advice, with that distinct Welsh accent.

He will be sorely missed by his family, fans and many friends. 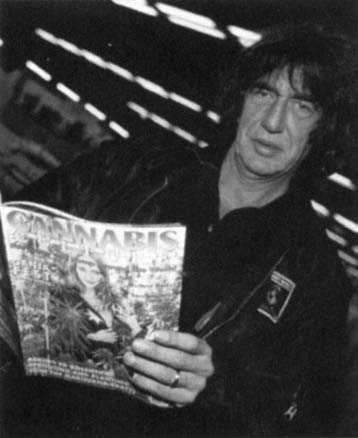 This text is from a press release of Howard’s:

Marks began to deal during a postgraduate philosophy course at Oxford and soon he was moving much larger quantities into Europe and America in the equipment of touring rock bands. The academic life began to lose its allure.

At the height of his career he was smuggling consignments of up to thirty tons from Pakistan and Thailand to America and Canada, and had contact with organizations as diverse as the CIA, MI6, the IRA, and the Mafia.

After many years and a world-wide operation by the United States’ Drug Enforcement Agency, he was busted and sentenced to twenty five years in prison at Terre Haute Penitentiary, Indiana. He was released in April 1995 after serving seven years of his sentence.

Since then Howard Marks ran for the UK parliament on the single issue of Cannabis legalization, and continued to work as an activist and promoter of cannabis freedom until he passed.

If you would like to discuss Howard Marks or read more comments about him visit these links: